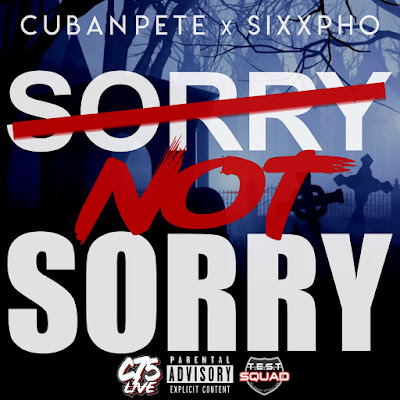 TEST Squad member Sixxpho jumps into the fray, after some verbal sparring online, following the release of Cuban's first diss track 'The Dare'.

Even tho he followed up with a weak reply track, Dox was so upset by the fallout he blocked Cuban on social media and even reported the posts containing the track as 'harassment', making him look even weaker from a Hip Hop perspective. He also reported posts showing proof of him owing Cuban money, something he had previously denied.

Check out Cuban and Sixxpho's track, over the classic Mobb Deep beat, below
and DOWNLOAD HERE: