Iron Wind 'The Warrior Inside' album OUT NOW! / Collab ep with Cuban Pete

Iron Wind recently dropped his new album 'The Warrior Inside' on Protect Ya Neck Records.

The Colorado Iron Wu chamber member first came to prominence with his debut Bloodwind in 2014, followed by his acclaimed PYN debut 'Storm Of The Century' in 2015. Now he drops his self produced full length 'The Warrior Inside' featuring the hit single and video of the same name.


Get your own copy of the album, and much more, at www.ironwindmusicofficial.com
Check out the video below:

At the suggestion of another PYN artist, Judah Priest, C75 Live artist/owner Cuban Pete contacted Iron Wind and following a meeting of the minds the two are working on an as yet to be titled ep to be released later in the year, with Cuban going by his aka Granite Grill. Beats will be handled by Wu DJ Coalition member DJ W.I.Z. and will have a couple of surprise features. 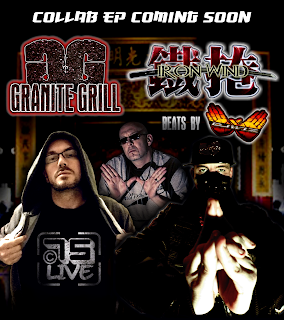