The visuals were put together by www.c75designs.com who have also been responsible for some of Solomon's recent, and now future, artwork, as well as solely responsible for the artwork for the group East Coast Killa Beez of which Solomon is a member.
Solomon is also appearing on C75 head Cuban Pete's upcoming mixtape 'Renaissance Man'.


If you are interested in getting a feature verse from Solomon for your project please contact him via email at solomonchilds78@gmail.com
*Most budgets can be catered for but serious inquiries only please

True Hip Hop heads know that Rap is not Hip Hop, it is an element of Hip Hop.  There are far and few artists who undeniably represent Hip Hop as a culture and all of its elements.  What seems to be lost in today’s day in age is the element of knowledge…

Hip Hop legend and pioneer DoItAll from Lords of the Underground has taken a pledge to formally give back to the communities and boroughs of society by running for Councilman-At-Large for Newark, NJ.  25 years ago Hip Hop was introduced to The Lords, and now 25 years later “Chief Rocka” is rocking the political realm.

On May 8th be part of history in the making, be part of unity, and be part of change! Vote B5 for DoItAll Dupre Kelly Councilman-at-Large for Newark, New Jersey!


The Message; “When you love your city you can change it!”

MJ: First and foremost, salute to a strong and prominent 25 years in Hip Hop, and the entertainment business as a whole! For those who don’t know you have starred in some Indie Films as well as Law and Order, Oz, and even the Soprano’s! So why politics? What possesses a renowned and celebrated Hip Hop artist to open the door of politics?


DoItAll: Thank you! My decision is an accumulation of many things. One being a Hip Hop Artist. That allowed me to travel the world and to be able to see firsthand how different countries and different cities use the culture of HipHop to galvanize people in their communities. Another decision was based on my time being around elected officials in the great city of Newark NJ. That allowed me to be a fly on the wall and learn who was working on the people’s behalf and who was not. Lastly, the decision was based on a conversation that I had with Tupac Shakur over 20 years ago about how HipHop Artists need to become as popular as we can so that we would be able to go back to our perspective cities to create big and better youth initiative programs and to be able to start nonprofit organizations as well as run for political office. A goal so we can directly and effectively vote on Laws, Ordinances, policies & issues that concern the residents.


MJ: You mentioned on the radio how early on in your music career about that profound conversation with Tupac.  I think of the irony with that conversation as Tupac was extremely political with his rhymes and known for preaching to his fellow artists about coming together and changing the world.  If he was still with us how would that conversation flow today?  I can envision Tupac being one of your biggest supporters!

DoItAll: Tupac would have most likely have followed his own advice and entered into politics himself. 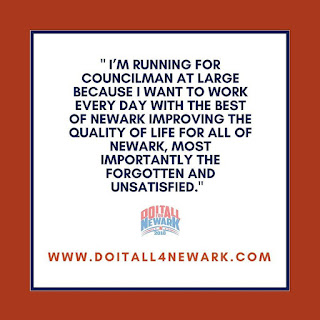 MJ: You have a powerful campaign followed by patrons of every walk and culture of life from our youth to seniors.  Can you share some of the immediate changes you plan on developing in the city of Newark?

DoItAll: I will fight for the city to make a greater investment into our youth. For example, the city had a summer jobs program that was under funded. 5000 young people applied and only 2500 were placed into jobs. In our city every child deserves to have the opportunity.


MJ: Aside from the campaign you have other endeavors heightening this new year.  Tell us about those.

DoItAll: I have a few film projects that are on hold until the campaign is over as well as a 25-year anniversary tour and music coming with my group Lords ofthe Underground.


MJ:  As a fan I have to say thank you! Thank you for continuing to create timeless music and blessing fans with 25+ years of longevity!

DoItAll: We’re still at it. We just came back from Switzerland. We do about 60-100 shows a year!


MJ:  Let’s take it back to music.  As a vet, what jewels can you drop for up and coming artists?  What would you say is needed for them to truly embrace the essence and elements of Hip Hop?

DoItAll: I would say HipHop was always used as a platform where you could tell or showed people how you and your family, friends, loved ones or your peers were living the culture. The narrators of the culture are the rappers. I would tell these rappers to narrate what they see and how they are living the culture. I would also tell them to be mindful of the influence they have over a weak or impressionable mind and deliver a message. Utilize your platform to inspire.


MJ:  Are you hopeful the DoItAll for Newark Campaign will encourage and empower those artists to become more involved within their communities?

DoItAll: Yes.I pray that I am the spark for artists who are more popular than I am. I want them to go back to their communities to do great work.


MJ:  As we wrap up, please let everyone know how they can donate to the campaign and continue to support you and “Raise The Torch”.


MJ:  Thank you for taking the time for our readers, it has been an honor!  It is refreshing to experience a political campaign with a candidate who is genuinely for the people, his community, and the city as a whole! This is far from new for you. You have been giving back to the city of Newark for over decades and providing countless platforms for growth and success! I vote B5!

DoItAll: Thank you!  Just remember, when people love their city they can change it! 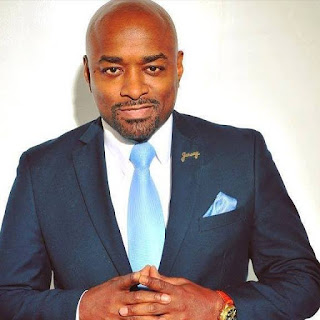 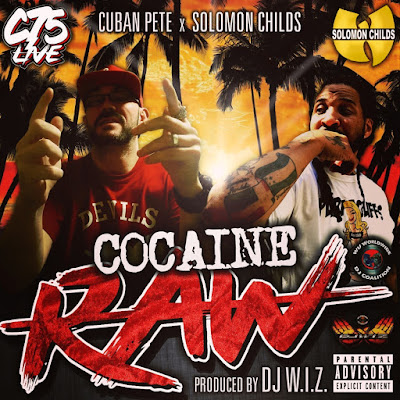 Cuban Pete (C75 Live/FNBG Records/GGO) and Wu Family/East Coast Killa Beez member Solomon Childs drop a banger over a dope beat from DJ W.I.Z.
The track is off the upcoming Cuban Pete 'Renaissance Man' mixtape.
Solomon has been recuperating since his shooting incident last year and the East Coast Killa Beez member has been in the booth lately getting ready some new music for you all.

Download the track here C75 Live Bandcamp
and watch the video below: