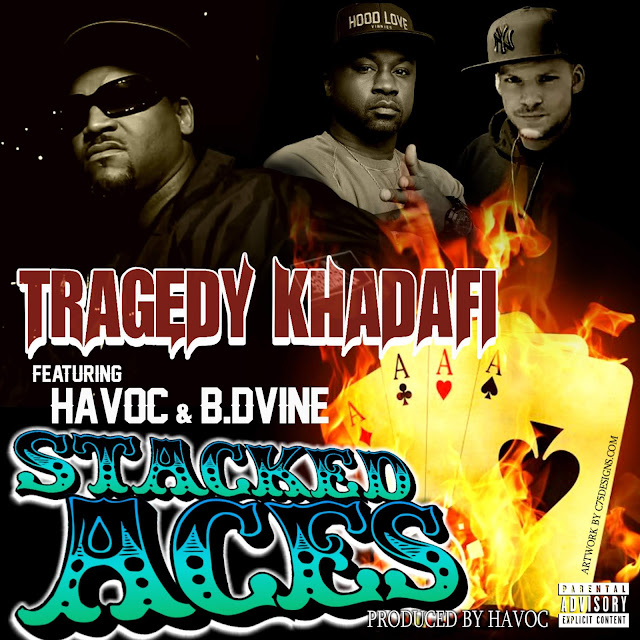 On 9-28-2018, the legendary Tragedy Khadafi returns with a new project, The Builders, and today, he releases the first single, “Stacked Aces,” featuring his QB brethren Havoc and B.Dvine.

With a career that started all the way back in 1985, Tragedy is indeed considered one of the founders of NY hip hop having played a critical role in the discovery of artists such as Mobb Deep, Cormega, Capone-N-Noreaga and more!

Stream the track below and purchase it HERE

His early work such as his debut, Intelligent Hoodlum, (which was produced by Marley marl and Large Professor) and his sophomore effort, Tragedy, were brilliant projects which spawned and greatly influenced the QB artists that would eventually rise to prominence; Cormega, Mobb Deep, Nas and Capone N Noreaga (some of which he played an integral role in not only their ascension, but also as a key contributor to their sound.

Trag’s third album, Against All Odds, was scheduled for release in 1999, but conflict with his label stalled the release; though it was finally released in 2001, Stints of incarceration stalled his artistic output until he released Blood Ballads and Thug Matrix in 2006; all of which were met with overwhelming press reception. Shortly after those releases, Tragedy was once again sentenced to four years in prison and eventually released in 2010. His critically acclaimed documentary, Tragedy: The Story Of Queensbridge vividly details his life and struggles; born into extreme poverty and drug infested upbringing.