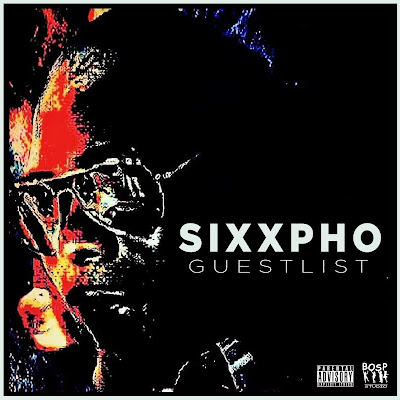 Sixxpho hails from Music City, USA. Being raised in the south has so much influence on his sound that there is no mistaking where he is from. The dirty south runs thru his veins and is displayed with an unique and refreshing twist.

"GuestList" is the latest studio album that released everywhere on 11/23. "Winters Window" is his second studio release, after "Just A Kid From The Hall", and it is filled with soul-stirring music. Music that has purpose.

His musical influences include the likes of Scarface, Bun B, Outkast, Common, Big KRIT, T.I., and The Dungeon Family.


Get your copy of GuestList on itunes
https://itunes.apple.com/us/album/guestlist/1444550367

Check out the video for Get Out The Way featuring OneMike below:

Sixxpho has 3 mixtapes on Audiomack as well:
Entries From The Sixx, City Nights, and Evolution. They can be found here: