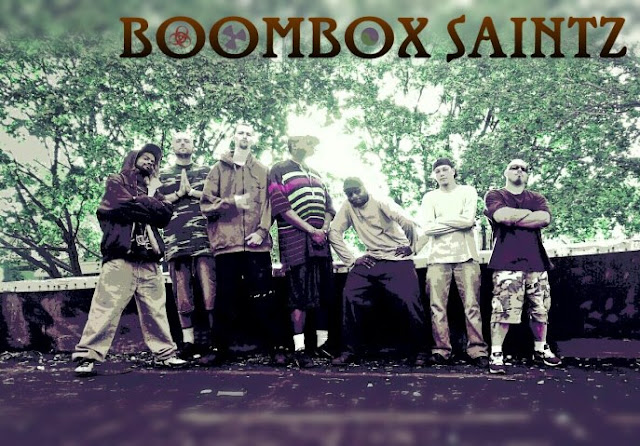 Boombox Saintz are no more!
Much to the sadness of many fans from the Milwaukee area, and worldwide since the release of their last album 'Everybody's Irish Tonight'.

The former C75 Live affiliates decided to call it a day recently but that hasn't stopped them from releasing new material. Or rather old material.


Former member (but still C75 Live), SuperEgo started what will be known as #SaintzSunday by dropping the first track of a 52 week song challenge, where they're uploading songs that were never released (because of lost sessions or bad sound quality).

Boombox Rush was one of the first songs they ever recorded as a crew and #SaintzSunday might also serve as a reminder of the members who came and left the groups flexible line up.

Keep up to date on the groups Soundcloud HERE
and stream the first track below: