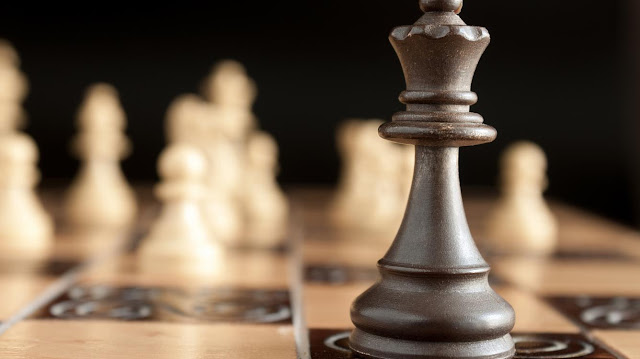 First rule of chess club? Talk about chess club
Chess and Hip Hop have been intertwined longer than just the Wu Tang connection as true heads have always had a mind as strong as the beats and rhymes they listen to.

It’s Tuesday night in the back room of a small salon south of downtown Milwaukee, and it’s time for chess club. Here it’s a game of strategy, intellect, rigor, and something else: Milwaukee’s hottest hip-hop beats. This is home for the Hip-Hop Chess Club of Wisconsin.

Brandon Kitts is a Milwaukee hip-hop producer who works under the name Super Ego Beats. He’s co-coordinator of the Hip-Hop Chess Club.

“People always say, like what? Hip hop, chess? How does that go together, I love hip-hop. I just love it. We live it. We breathe it. Yeah. And the chess comes into play. And it’s just, it’s a great experience.”

The club meets once a week. Tables with chess boards are set up so kids of all ages can play chess with each other or an adult mentor. Meanwhile Kitts sets up a computer, microphone and drum pad near the chess boards for people to create their own music.

Chess is usually played in silence, so this is likely Wisconsin’s loudest chess club, but for the kids, it’s also the most fun. Ego believes chess teaches kids valuable decision-making skills.

“I could take that rook right there, but do I want to lose my queen in the process? Nah. You know what? Let’s take a step back and let’s figure out a different way, We hope that they learn how to kind of see the bigger picture and think about their actions, the consequences of their actions.”
Kitts says this unlikely combination of chess and hip-hop music is giving people a space to get together and move forward, one square at a time.

The plan is to expand the club to offer other hip-hop focused programs.

“We really hope to impact the community for the better,” Kitts says. “Make a positive impact for kids that might not otherwise have a creative outlet. I love that fact that all these people are coming from different walks of life within our community, I look forward to this every Tuesday. It’s like my favorite day.”


Taken from an article by Trevor Keller for Wisconsin Life.
Original article HERE
Video originally aired on the PBS Channel