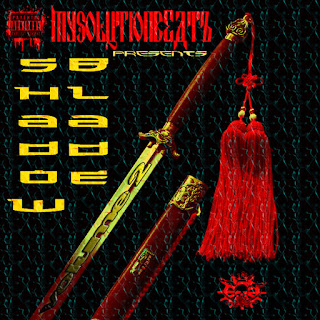 Solution and Portarok come out swinging!
New EP drops featuring Cuban Pete and Grona Da Radikal
Born and raised in NYC, Solution has been involved in the creative process of Hip Hop music since the age of 17. His craft started as a local DJ up to the level of competitive Battle DJing. Solution has developed a unique sound with the influence of producers such as The Alchemist and RZA, and is also a member of the elite crate digging and sound production team at boombaplabs.com.
Shadow Blade Vol 2 is another collaboration with his favorite emcee; the underground militant king, the Almighty Portarok of Blade Theory.
Featuring the gem spitting flows of Cuban Pete and catchy hard bars of Grone Da Radikal this sequel to the Shadow Blade series delivers more knowledge from the fruits of the concrete jungle.
Don't just listen once... you may need to listen a few times to catch the poetic thesis.
Stream below or stream/download/purchase HERE