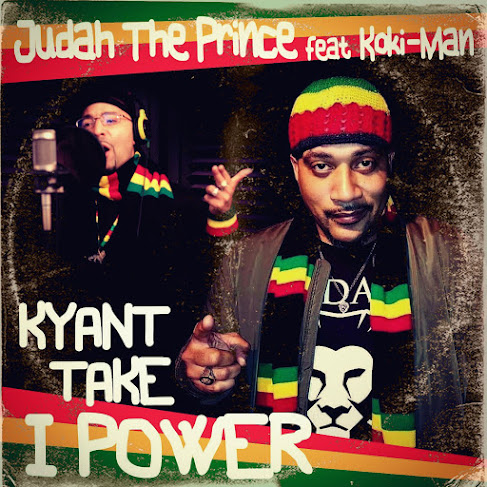 Its been a quite an active 2020 musically for Krumbsnatcha aka Judah Tha Prince, releasing his album Unreleased in March and several singles including We Will Rise & Make Em Say.

In an effort to continue providing an uplifiting and positive voice during these very difficult times, the New England based MC returns with his lateset single from the upcoming Iron Lion of Zion album entitled Kyant Take I Power featuring upcoming Reggae artist Koki Man.

The song reminds us that we are greater than our obstacles as Koki Man boldly proclaims, "You cant take the powers of I&I", Rastafarian term that suggests a higher consciousness and connection between an individual and The Most High.

Judah Tha Prince aka Krumbsnatcha speaks on the challenge of dealing with a troublesome woman that has taken on the ways of the world which he likens to Delilah in The Bible.  This fuse of Roots/Reggae and Boombap creates a mellow vibe as legend Barrington Levy can be heard in a sample over the heavy Roots precussion.

The single will be available on all digital media outlets on November 18 via Mind Power Entertainment.