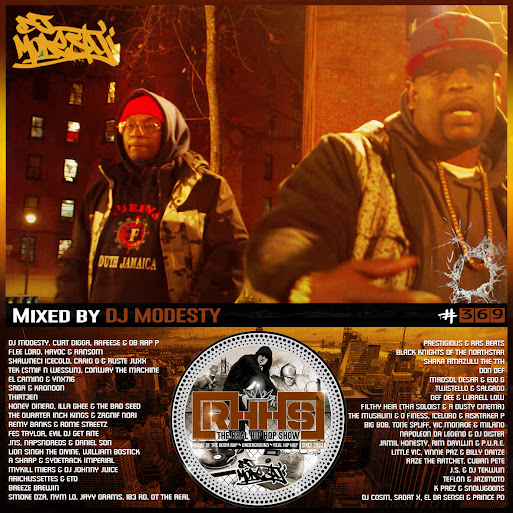 DJ Modesty is now on his 369th show and has a reputation for playing nothing but that real Hip Hop shit you love to hear again and again.

Cuban Pete's track 'Blurrr' is also featured as well as 'Back In Queens The Realness' featuring Curt Digga, Rafeese, and QB Rap P. Check the video below. To make the cipher complete Curt Digga is also featured on Cuban's upcoming project produced by Hanzo Bladez of Grimewav.

Look out for the third installment of Modesty's 'Kings From Queens' production series coming soon.