Fresh from a banging performance supporting Dave East it has been announced that B.Dvine will be supporting Fred The Godson at Oasis in Long Island on October 11th. 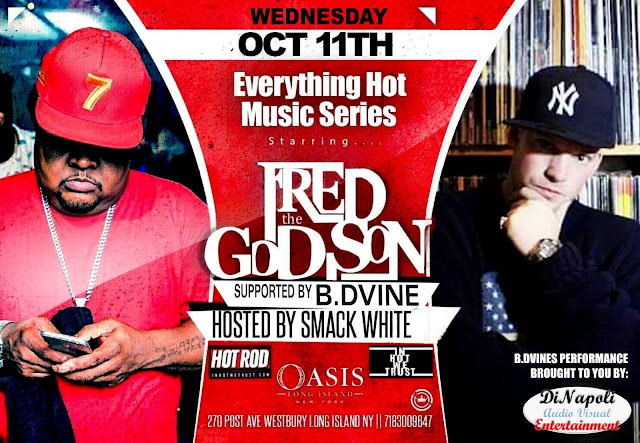 B.Dvine has dropped a mixtape, hosted by J-Love, that features some of the many tracks he has done beats for. Featuring artists such as Blaq Poet, Comet, Tragedy Khadafi, Kool G Rap, Killa Sha, Solomon Childs, J-Love, Meyhem Lauren, and many more.
You can stream the mixtape on Spotify HERE.
_______________________________________
For music, news, and beats for your project
check out B.Dvine's site
www.bdvinemusic.com