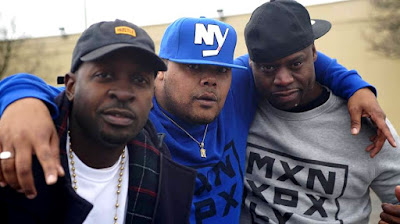 MXNXPXLY FAMILY presents John Jigg$ x Rockwelz x M.O.U.F “MXNXPXLY MAYHEM” The Mixtape, available now for download on all digital music outlets.
The mixtape holds justice to its name and is rousing mayhem across all New York boroughs, and gaining full speed momentum on the east coast.
The trio that makes up the family are New York emcees and producers John Jigg$, Rockwelz, and M.O.U.F.  Each artist exhibits extensive world-wide accolades and solo success in both the Hip Hop scene and music industry.  The trio has a history of collaborating with major artists and Hip Hop legends from EPMD to Wu, so naturally it was only a matter of time before these talented artists, business partners, and friends joined forces to manifest a movement like no other! 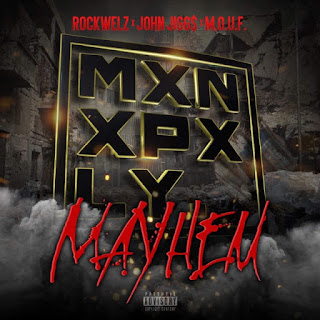 Although Jigg$, Rockwelz, and M.O.U.F are notorious for their New York gritty bars and lyrics, they have stepped out of their comfort zone to create a mixtape that all walks of life will collectively take in, relish, and instantly become fans of.  Don’t be mistaken, the trio undeniably comes strong on the album with their gritty trademark, but also has a unique and impressive approach of “the streets meet the clubs”!


“Make It Up” Official Video Produced by Mic West