C75 Live producer Super Ego drops his beat CD 'Super Ego vs The World'.
Designed to play like a non stop cypher for MC's the project draws its inspiration from various countries to show what Ego can do. 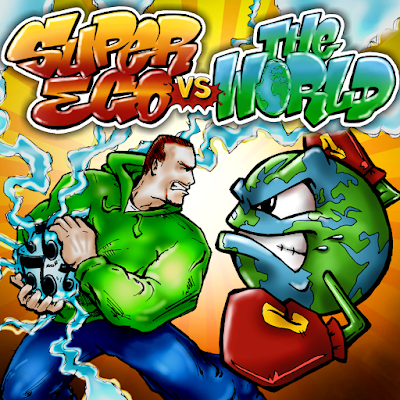 6 foot 8 dynamic producer/emcee of hip hop group, the Boombox Saintz, Super Ego Beats is no stranger to great music. As an artist who writes about what he sees, it's no wonder how he uses words to paint pictures with ease that everyone can relate to. From the struggle of living paycheck to paycheck, to speaking on subjects others are afraid to and then coming back up to make you laugh about the deepest topics, Super Ego's music is a sonic roller coaster with ups, downs, twists and turns, just like all of our lives.

For beats, he draws inspiration from festive funk, sexy soul, rambunctious rock, jubilant jazz, cool classical, supreme soundtrack, comedic country and even video game music. He is known in Milwaukee for production versatility and mixing genres, from dubstep with choirs sweeping through, to Chinese trap, to Polka hip hop, he never disappoints. Every new beat is a challenge that will make him that much better and broaden his horizons to the vast possibilities of sonic frequency.


Check out Super Ego Vs The World at CD Baby, Spotify, and most other online digital platforms.
For hardcopies with full artwork by C75 Designs artist Cuban Pete email Super Ego himself at superegobeats@gmail.com


If the world and its cultures transformed into underground hip hop beats for dope emcees to rap to, this would be it.

Check out his other beats at:
www.superegobeats.com