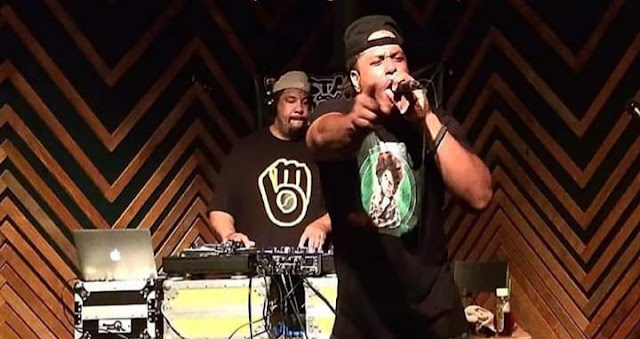 Mack is at it AGAIN.
With Main Concern Twan speaks his mind frankly and candidly, voicing his displeasure for accolades, respect, big homes, pets and big chains (why does he have one on then?).

Seriously though Twan Mack continues to provide dope music and visuals with his latest release on Kareem City Records. This time around he puts his various talents on full display by crooning, beatboxing, chair choreography and emceeing.

The visual, shot by longtime comrade Abacus Haley Visuals, is a play on the intro to the Brady Bunch and HollyWood Squares, which Mack renamed Hollyhood Squares.

With Bars like "this a Kareem City set / Serious like Boba Fett" lets listeners know that he means what he says.

He has vowed not to release a full length solo LP or EP until he feels the fans are properly receiving his artistry. Following up on the heels of his underground hit "Have a Nice Day" Mack's latest is clearly geared towards the underground and true Hip Hop heads.

His beatbox is his personal take on Wu-Tang Clan's "Nothin' To Fuck With" mixed with the Grave Diggaz "Diary of a Madman" which is a mainstay in his live show & doesn't disappoint.


FOR ALL THINGS TWAN MACK:
https://spark.adobe.com/page/RRfD4U2duv4R4/