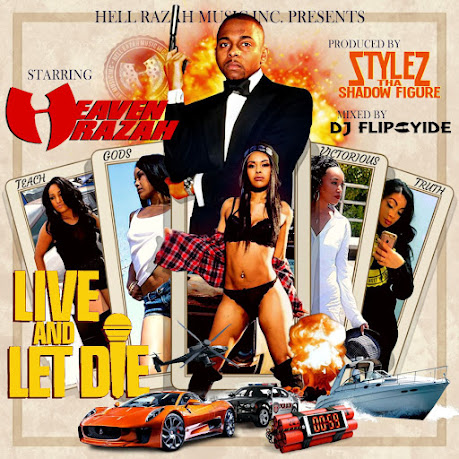 Stylez had been wanting to produce a project for Razah for a while so Cuban Pete (who also did the artwork and has a feature on the album) put the idea forward to his GGO leader Razah and the project was born.

Razah came up with the Bond concept for the album, Cuban did the artwork, and DJ Flipcyide added vocal clips, additional scratch work, and mixed it.

'Live And Let Die' features Cuban Pete, Solomon Childs, Lord Have Mercy, Wise King, and Lazarus, and is available on all DSPs now!