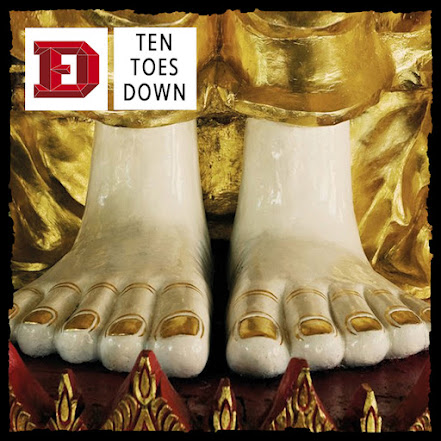 After a decade, UK veteran Dubbledge unveils Ten Toes Down: his long-lost album produced by Forest DLG (aka Telemachus).

Ten Toes Down is a ten track album dropping ten years after its birth, on 10.02.22. A relic remastered by Forest DLG, (Chemo at the time), the project is as rare as the rapper’s return.

Potent Funk is proud to host the legend Dubbledge, whose historic influence on our British music scenes has been noted in national newspapers and nightclub queues alike. From his Low Life Records legacy, to going off at Glasto, Edge has been about. But before he goes back underground he’s unearthed an audible artifact: Ten Toes Down.

“It doesn't sound as old as it is. Some of the subjects are very relevant to right here and right now. It was ahead of its time, I knew that, and that's why I parked it." - Dubbledge