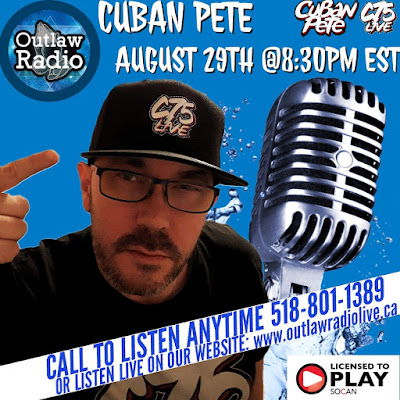 They discussed Petes upcoming projects, his work with Krumbsnatcha and Solomon Childs, his C75 Live imprint, the state of UK Hip Hop, the corona virus, and more.

DJ Immortal has made sure the station only plays quality uncensored Hip Hop content and has grown the station to a highly recognised standard. Outlaw Radio recently won the Best Underground Radio Station award at The 11th Annual Dubceez Awards.

Check out the interview below and make sure to tune in to Outlaw Radio to check out what they do
(Links below video).