Get To Know: Dallas The Femcee 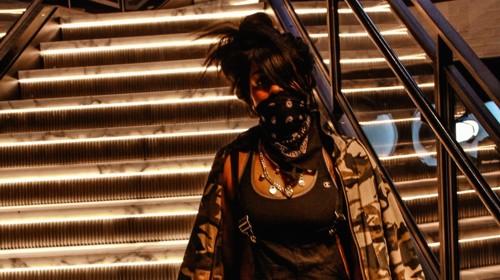 Antanesha Dallas is a female mc from the lower west side of NYC,
an area affectionately known as "Chelsea". Being the only girl with seven brothers she states that; “I grew up a tomboy because I wanted so bad to fit in with my brothers so I did everything they did like play basketball, football, boxing and video games.”


In March of 2008 her son Ezekiel also known as “Zeke” was born, changing her life forever. Dallas states that; “Growing up in a single parent home and knowing how much of a struggle that is I
just wanted something better for my son.”. 9 years old Zeke shows off his love of dancing in DALLAS very first Music video “Situations” which also serves as a tribute to one of her brothers.


At the very same age Dallas developed her MC skills. She states that; “Music has always been a big part of my life, around 9 years old I started writing poems and short stories about things that were going on at home.” But it was her introduction to spoken word at the age of 13 years old that birthed the lyricist we hear today.

DALLAS states that; “What separates me from other artist is I don’t want to be typecast and only sell sex as a female emcee I want to sell substance as well, I have a head full of real life stories that I hope inspires people to be the best versions of themselves, and ride it until the wheels fall off.”

DALLAS has done live performances in her native NYC (talent showcases), the west coast (opening act for Cali artist), and also the Midwest (Only female mc on Kings of Flow in Kansas), and has an ever growing social media following (its_dallas89 - Instagram and NeshaDallas - Facebook).