Get To Know: Jayson Johnson - On the path to victory

As The Music Industry goes through a civil war between Major and independent labels over creative control and radio waves, Artist Jayson Johnson (John Jay) isn't one to choose a side...
Except his own Smallworld label that he represents with Donnell Warden as CEO and Manager. 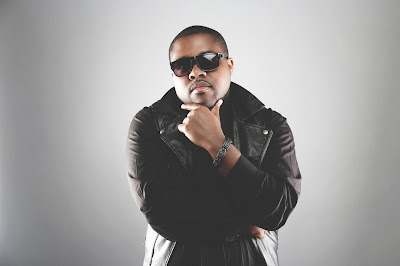 Jayson will eventually step in & play the game, but before that mission begins, "#Q5tILLiNfiNityEP" will set the tone and the creative field for the other projects to follow after.

"There's a heavy lack in storytelling, whether it's singles or albums... Most people are infatuated with the everyday lingo played on radio. In order for change to occur, one must step outside the in crowd and deliver music that'll help you progress in life & not self destruct." Jayson states.

#Q5tILLiNfiNityEP is a 5-Track musical offering that's organic, soulful & transparent to the true hip hop listener. A project that will maintain its value in the years to come.

"J. Cole, Kendrick Lamar, LeCrae, Wale, Lupe, B.I.G Krit, Rapsody, Logic, Andy Mineo & many others who represents the Sword of an MC... They have laid their blueprints already & stamped solidity in Hip Hop but there's strength in numbers. Nothing is wrong with adding one more to the roster. Mainstream is having a hard time acknowledging or recognizing the value of an MC or maybe they just refuse to acknowledge our worth. I'm willing to push the envelope & raise the temperature"