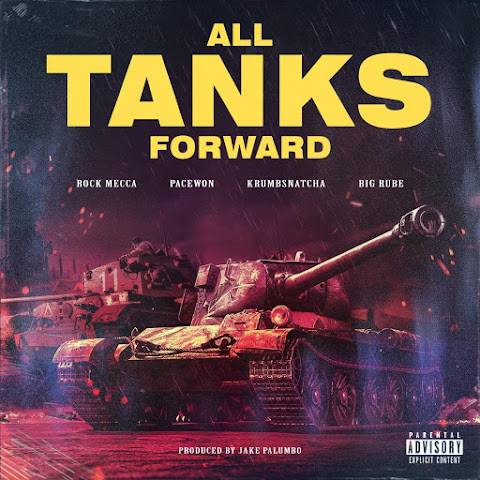 Rock Mecca has quietly assembled one of the more impressive catalogs in the NYC underground across the 10 years since he landed on the scene with his debut LP. Rock has consistently championed quality over quantity, substance over style, & maintains a brutal honesty in his music that often paints a picture of the chaos found in the world around him. An artist with a strong network, his list of collaborations reads like a who’s-who, or an emcee bucket list.

Joining Rock Mecca for this infantry assault is Gang Starr Foundation alumni Krumbsnatcha, & Outsidaz co-founder Pacewon, both of whom deliver the caliber of emceeing that helped solidify their reputations & legacies that have lasted almost two decades; not a bar appears to have been wasted between the trio.

Rounding out the track is the spoken word poetry of Dungeon Family alumni Big Rube. The poetic voice who narrated many a Dungeon Family classic - such as Outkast’s “13th Floor / Growing Old” or Cee-Lo Green’s “Scrap Metal” - checks in on every break - in lieu of a traditional chorus - to deliver words of wisdom, the importance of perseverance during times of turmoil & chaos, & a staunch refusal to surrender or accept defeat.

Stream the track below or stream/cop HERE